Post Traumatic Stress Disorder – or “PTSD” – is a condition in which a child or adult who has experienced overwhelmingly negative events is psychologically affected by feelings of fear, helplessness, vulnerability and anxiety.

The symptoms of PTSD – in children and adults – can last for a long time. In fact, in some cases, these symptoms may last an entire lifetime if they are not addressed with the help of a therapist or health care professional.

The loss of their mother, a failure to be comforted when in distress, or a failure to be adequately fed are all traumatic events that may have occurred in an adopted child’s life resulting in Post-Traumatic Stress Disorder. And, under even worse scenarios, physical or emotional abuse (and/or witnessing the physical abuse of others) can lead directly to PTSD in adopted children.

How to Know if an Adopted Child Suffers from PTSD

Not all adopted children will experience PTSD. Every adopted child’s pre-adopted circumstances are unique. And, the same type of experience may lead to PTSD in one child but not another – depending upon factors such as age, general temperament & sensitivity, pre-existing medical and psychological conditions, etc.

The symptoms of PTSD may be clearly related to an adopted child’s traumatic past, such as:

However, an adopted child may also exhibit symptoms of Post-Traumatic Stress Disorder that are more subtle, and less obviously related to their troubling early months or years.

The more subtle or general warning signs & symptoms of of PTSD in an adopted child may include:

Not all adopted children will experience PTSD. But if one or more of these symptoms interfere with your child’s ability to live a normal or happy daily life, consulting with a qualified adoption therapist is a good idea.

While PTSD is a psychological condition – it also has a very real a real physiological basis.

PTSD Post Traumatic Stress Disorder actually changes the body’s response to stress, by altering the stress hormones and chemicals that carry information within the brain and between the nerves.

Psychotherapy involves working with the child until they recognize – and truly believe – that the traumatic events of their past will not happen again.

If the PTSD is rooted in the separation from their parent(s), psychotherapy also allows the child to grieve the loss – just as they would grieve a real death.

In psychotherapy we first establish comfort and trust with the child, and then deal with the trauma – through talk, play and activities – at the child’s own pace. Treating PTSD in Internationally Adopted Children

A therapist specialized in international adoption is the best person to help figure out these issues and gently guide the child to recovery.

If you suspect that your adopted child is demonstrating PTSD symptoms – or if these behaviors have become more persistent, or are interfering with family functioning or school performance – it is time to consider professional help from an adoption therapist.

With a warm, thoughtful, and caring approach I will help you overcome your and/or your adopted child’s difficulties and gain greater insight into the issues underlying them at my Oakland County office. My goal is to help you or your child understand yourselves better, form healthier relationships, and live a happier and more productive life. 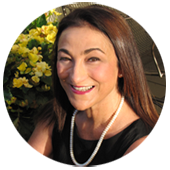